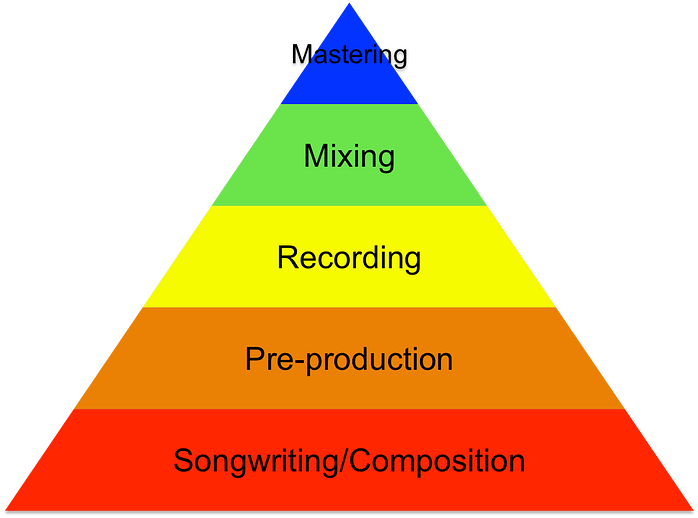 With professional recording gear shrinking more and more to fit living rooms and recording tutorials all over Youtube, musicians naturally become interested in recording their own tunes and try to reduce their budgets, especially these days when you must show record labels that you are a sustainable business. It’s true that you don’t have to be a genius to put a mic in front of an instrument and press record, but it takes knowledge and years of experience to know your best choice of mic(s) and micing technique. During a Joe Satriani’s masterclass in 2009 Musikmesse, someone asked him if he would normally record himself. He answered categorically that he has his own engineer that knows exactly where to put a mic in front of his amp to obtain the tone he has in mind; and this is coming from a player who knows his guitar sound very well and who is famous for it.

Most importantly, an experienced engineer/producer will make decisions based on the production and the overview of the final mix. Since the old Beatles’ production days, many of the clever production ideas, like damping the snare sound with tea towels or close-micing strings, happened during the recording process. Over the past 10 years, I have seen musicians increasingly investing in mixing and in mastering engineers, and decreasingly, in recording studios and engineers. Unfortunately, they are missing out the studio experimentation and the engineer’s skills, and the opportunity to get the best out of their music. (You can add nice spices to improve the taste of a sophisticated recipe; but if the basic ingredients are not fresh, the end results won’t be too refined).

These ideas made me think of the word “foundation” and how every stage of making an album is “built” over the previous one like a pyramid. The stronger the foundations of each stage the better. For example, a creative and efficient recording session is the result of a well-planned pre-production. To make your recording sessions flow smoothly and obtain good results, you need to think thoroughly about the song structures, tempos, keys, arrangements and dynamics; program click/guide tracks, and plan logistics.

Over the years, I’ve heard artists worrying about which mastering house or engineer they should use without even thinking about the mix. Most of the times the studio or person is chosen just because this or that band mastered their album there or with that engineer. Other times I have even heard, artists sending their recording to an inexperienced mixer or mixing it themselves in order to save money and then thinking that the “magical” mastering engineer will bring their tracks to life!!!! Unfortunately, in reality, audio mastering is just the process of taking a final mix and preparing for distribution; and even though there’s sound enhancement, corrective equalisation and noise reduction involved, the control that the mastering engineer has over the mixed tracks is limited. The foundation of professional sounding masters are a professional sounding mixes.

Although, the songwriting/composition phase is not part of the production process, it certainly constitutes the foundations of it. A song or piece of music is the starting point of a production and, also, it is the most important reason for a production to succeed or not. Take “Hotel California” by Eagles for example, No.1 on the Billboard Hot 100 chart, it has an enchanting and unusual (in the pop/rock world) flamenco-like chord progression which catches the listener’s attention right from the start. On top of that, the cryptic lyrics leave room for several interpretations, creating mystery within the audience. Amongst others, these two remarkable aspects make the song effective and catchy. Of course the arrangements and the production played an important part in the success of this 1977 single, but in 1994 the same song became another success in the band’s life with an entirely acoustic version performed by eight guitars. If the core of the song is strong, then the producer has a solid base to build the production over. His/her main goal is to have a sharp ear in order to find that song or piece of music that will create an impact in the listener.